Centre for Health Services and Policy Research
» Home » Health Policy Conference » Past Conferences
Overview
Program
Speakers
Posters
Sponsors
Past Conferences
2021 | Working Together While Staying Apart 2020 | Private Parts? 2019 | Value in Canadian Healthcare 2018 | The System Awakens
2017 | Taking the Pulse of Primary Health Care Reform
Tools for Primary Health Care Reform
2016 | Contested Ground 2015 | Sticker Shock 2014 | Performance Anxiety 2013 | Pharmacare 2020 2012 | Will Paying the Piper Change the Tune? 2011 | BOOMERANGST 2010 | Lost in Knowledge Translation 2009 | Health Innovation for Patients and Populations 2008 | Evidence Soup for the Policy Maker's Soul 2007 | Voices and Choices 2006 | Toward a National Pharmaceuticals Strategy 2005 | As Good as it Gets? 2003 | What a Tangled Web We Weave 2002 | Genetic Testing 2001 | Trading Away Health 2000 | Threats to Quality 1999 | Tales from the Other Drug Wars 1998 | Determinants of Health and Impacts on Health and Social Policy 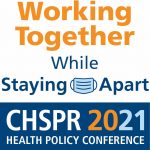 2021 | Working Together While Staying Apart: Integration in a Brave New World

Integrated care systems are shifting the way that health and social care are organized, delivered and paid for. Challenges of medical and social complexity are creating a population increasingly inadequately served by organizations and providers operating autonomously. The effects of COVID-19 brought these problems into stark relief, in particular by exposing the problems that fragmented health and social care systems face in adapting to crises that require urgent and/or collaborative responses. Read more

2020 | Private Parts? Finding the Balance of Public and Private in Health Care

What role the private sector plays in financing health care has been the subject of longstanding and intense debate in Canada, and the subject of major court battles, from Chaoulli in Quebec, to Allen in Alberta, and the Cambie trial in BC. At the 2020 CHSPR Conference, we delved into the evidence under these debates. What evidence do we have on private financing? What remains to be known? What balance do other countries strike in these decisions? Read more 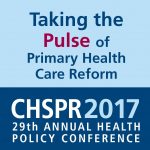 Over the last decade primary health care (PHC) reform has received sustained attention from professionals, governments and researchers. Collaboration between governments, local health jurisdictions and physicians, in particular, has increased; but structures have been put in place for policy-makers to work collaboratively with physicians on funding and programs in some provinces but not others… Read more 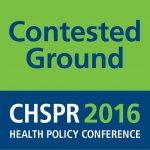 2016 | Contested Ground: Why Are Some Policies Healthy and Others Not?

CHSPR’s 28th annual health policy conference, held April 5-6, 2016, at the Pinnacle Hotel Vancouver Harbourfront, celebrated the career of Canada’s Undisciplined Economist, and our very own, Robert G. Evans. Why is it so difficult to improve our health care system? Good policy ideas abound. Unfortunately all such ideas create winners and losers… Read more 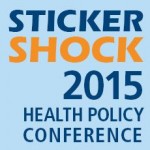 2015 | Sticker Shock: Finding Value in an Era of High-Priced Drugs

The pricing of new drugs has always been a controversial subject. New, usually single source, and ever more expensive, treatments appear every year, stoking the controversy to a fever pitch. While “expensive” used to mean hundreds of dollars annually per patient, it can now mean hundreds of thousands of dollars. With prices changing so rapidly, and new products being introduced so frequently, how can we make evidence-informed decisions about what to cover, ensure we are getting… Read more 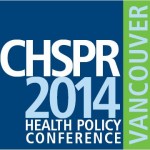 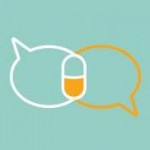 To kick start the conversation on the future of drug coverage reform in Canada, Pharmacare 2020 held a national symposium. Over two hundred delegates descended on Vancouver to explore challenges with the existing drug coverage system and to map out collective goals for reform. Academics, policy makers, stakeholders, and patients had a chance to share their perspectives. Pharmacare2020.ca features the highlights that emerged from this evidence- and experience- informed conversation. 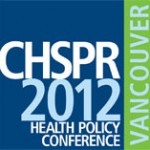 2012 | Will Paying the Piper Change the Tune? Promise and Pitfalls of Health Care Funding Reform

Spending on health care continues to grow at rates considerably faster than inflation. Many provinces are now asking hard questions about value for money, and in particular, the quality of health care they are receiving for this increased spending. Amongst other effects, this has resulted in increasing attention from provincial governments to so-called “funding arrangements” – the processes… Read more 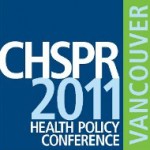 2011 | BOOMERANGST: Myths and Realities about Health Care for an Aging Population

The Canadian population is aging. In 2011, the leading edge of the baby boom turns 65 – with the great bulge of that generation to follow. That simple fact has focused important attention on some key realities such as the likely major increase in Canada’s dependency ratio. But it has also spawned a dizzying number of assertions, myths, half-truths and misunderstandings about… Read more

CHSPR’s 2010 conference brought together an international line-up of speakers that shared their expertise and insights from across the full HHR policy spectrum including training, communications, organization, financing, regulation and policy. Read more

CHSPR’s 2009 conference brought together Canadian and international leaders in health services research to explore how science, systems and structures can be organized to develop and apply valued technical and social innovations for patients and populations. Read more

CHSPR’s 2008 conference brought together Canadian and international leaders in health services research to look at how evidence intersects with policy-making, politics, the media agenda, public opinion, and the law. Read more

2006 | Toward a National Pharmaceuticals Strategy: Lessons from Abroad

Pharmaceutical policy has become one of the most important and hotly contested domains of health system management – a rise in prominence largely due to financial realities. Costing over $24 billion, prescription drugs are second only to hospitals in terms of health care spending in Canada. CHSPR’s 18th health policy conference, Toward a National Pharmaceuticals Strategy, brought together leading international pharmaceutical policy experts to tackle some of the most pressing issues… Read more

2005 | As Good as it Gets? Strategies for Improving Chronic Care Management

Featuring keynote speaker Dr Ed Wagner from the Group Health Cooperative in Seattle, CHSPR’s 2005 health policy conference focused on an increasingly important issue for today’s health care planners: chronic care management. Dr Wagner is an international leader in improving health care for chronic conditions, and the principal architect of the chronic care model. His address was followed by presentations and a panel discussion of how chronic care management is being implemented… Read more

2003 | What a Tangled Web We Weave: Improving Performance Reporting and Accountability in BC

Accountability has gained increasing prominence in Canadian discussions about health system reform, and performance reporting is seen as a promising approach to inform, guide and evaluate system change in British Columbia. Other jurisdictions, notably the United States and the United Kingdom, have experience in this area and can offer important insights into the challenges of embarking on this agenda. This conference identified reasons behind our increased focus on accountability… Read more

As genetic technologies make the detection of genotypes associated with gene-based diseases increasingly possible, widespread genetic testing is being advocated by some. The technological capacity to detect conditions, however, is outstripping our ability to assess appropriately whether this is effective, ethical and economically feasable. When are such tests indicated? Who should pay for them? To whom should they be offered? Who should have access to the results? What are the… Read more

Canadians are slowly becoming aware that the international agreements now being negotiated to govern trade in services could have massive and irreversible effects on their health care system. The overarching objective of “trade liberalization” motivating these agreements includes a quite specific and deliberate agenda of reducing the role of government, and extending that of private commercial activity in all sectors, including the provision of health care. The objective of this… Read more

2000 | Threats to Quality: Illusion or Reality?

ales from the Other Drug Wars examined the role of research evidence in the newly emerging world of industry-health policy. The conference critically examined the notion that industry policy, which facilitates the free market use of research evidence, is becoming a much stronger determinant of health and health care than any health policy designed to balance that influence, taking other factors into account. The health sector faces unprecedented challenges deciding on what is… Read more

1998 | Determinants of Health and Impacts on Health and Social Policy

Our understanding of the health impacts of income and social status, social support networks, education, employment and working conditions, the social and physical conditions in which we live, personal health practices and coping skills, healthy child development, culture, gender, biology, genetic endowment and health services, has grown considerably over the past decade. CHSPR’s 1998 conference highlighted recent research advances in some of these areas — particularly early… Read more